0
was successfully added to your cart.
{ Reviews }

“The variety of accents and characters permits Robinson to demonstrate her virtuosic acting skills. But the real draw of this show is her voice, which shifts from the smoky blues of Holiday to the vibrant contralto of Cline with starling ease.

Her performances of Piaf and Callas, however, strike another chord altogether: they rise beyond virtuosity to the sublime. In these moments, she is doing more than imitation. The baroque  composer Lully is supposed to have said that music was a way of speaking to the dead, and Robinson makes you believe it.” The Australian

“There surely hasn’t been a performance of such breathless versatility than Bernadette Robinson here. She is, quite simply, astonishing… Robinson brilliantly executes what amounts to a performance masterclass.”  Crikey.com

“As a singer and actress, Robinson is a great storyteller. She has the amazing ability to channel the voices of these iconic singers coupled with the genius to translate the minute particulars of the lives she portrays into a performance that demonstrates the torments of the heart – the suffering, the nostalgia, the longing and the sacrifice.

Not only is she a brilliant singer but such a convincing actress, that she adopts mannerisms and recreates iconic moments etched in our collective memories with such incredible respect and authenticity.

The monologues that accompany the singing, her stage presence, her beautiful phrasing (and how it moves the narrative forward) are flawless.

“BERNADETTE Robinson is renowned for her versatility and charisma as a singer, but in Pennsylvania Avenue she reveals that she is also a fine character actor.

Robinson brings a vulnerability and charm to Harper, balancing her playful wit and bold, southern demeanour with her melancholia and her secret shame about her past.

But it is Robinson’s consummate singing and audacious vocal impressions of divas that illuminate this production; she lights up the stage when she sings.

Snatches of songs are cleverly interpolated among the dialogue, but when Robinson sings entire tunes, she brings the house down… Robinson makes this a night worth seeing.” Herald Sun 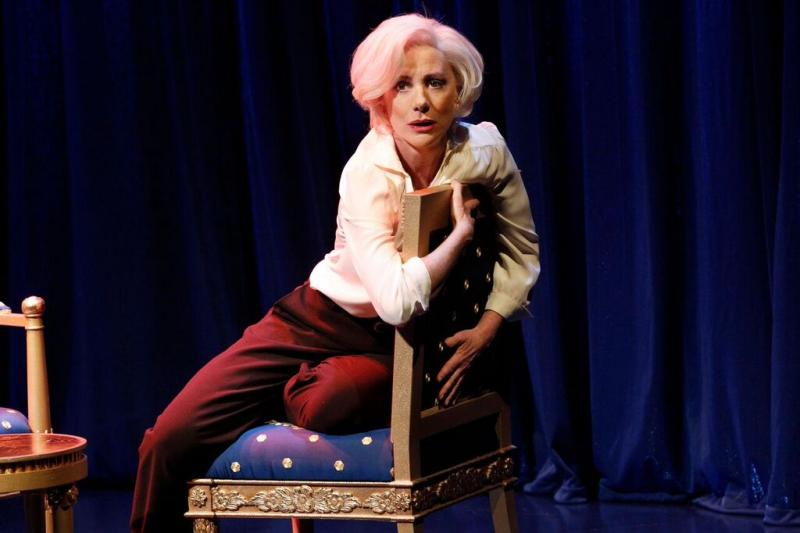